The aim of the game is to score more points (called "hits") than the opposing team. A hit from the defense zone is worth 3 points, a hit from attack zone 2 and an autohit 1. When attacking, it is allowed to hit the ball only with the hands, and each action must end within 5 seconds, otherwise the opposing team will be awarded a throw-in. An official match consists of three periods of 15 minutes each, separated by two breaks of 5 minutes.

The game was born in Italy in the province of Turin in 1986 from an idea of Luigi Gigante, a physical education teacher.

If you really want to #gettoknowturin that is the perfect occasion to do it, by also having fun and doing some sport!

They are free trial lessons, so no fee has to be paid!

So, what are you waiting for??? Search the event on Jupiter and register to it!

The city of Turin is known everywhere as the Italian city of Chocolate. The long love story between Turin and chocolate started in 1560, when King Emanuele Filiberto of Savoy decided to gift everyone in the city a cup of hot chocolate in order to celebrate the moving of the Duchy’s capital from Chambéry to Turin.
Since 2003 a Chocolate festival is organised yearly in the city: CioccolaTó.
The chocolate professionals have hereby the opportunity to show people their art while tourists and citizens have the opportunity to taste different types of chocolate.
From 8th to 17th November 2019, Turin will once again be hosting this fair. Be sure to not miss this trip in the Turinese chocolate culture! 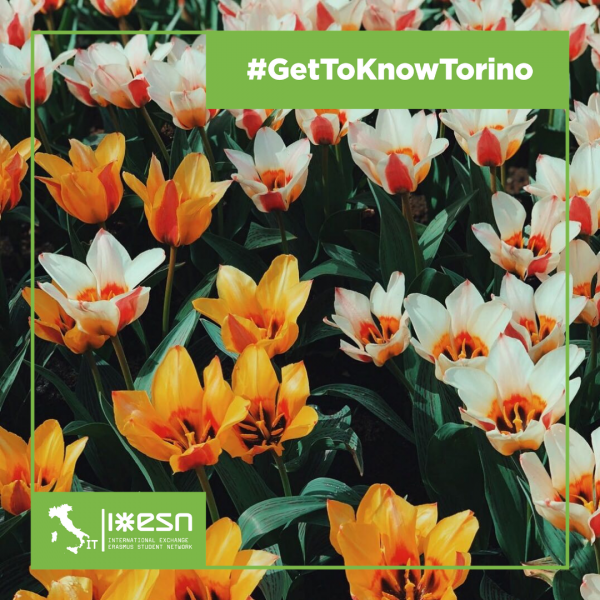 Messer Tulipano is a great occasion to dive in a world of colorful flowers. Every year, more than 100.000 beautiful and curious flowers of different varieties are ready to surround people every year in the gardens of Pralormo Castle.

The theme of the year is "Cacciatori di Piante" (Plants Hunters). In the athmosphere of the jungle among sounds, scents and images, through the reconstruction of a ship's hold, you will discover the risky, long and extraordinary jouney of the Botanists toward the discovery of new and rare plants, flowers, spices during the XVIII, XIX and XX centuries.

The other theme is the story of tulips. An entire path will be dedicated to Turkey (birthplace of Tulips), sultans and ancestors of tulips.
You will see also the reinterpretation of a Dutch garden, modern iconic country of tulips. During the event the doors of the Castle will be open to visitors.

Casa Scaccabarozzi, known better as “Fetta di polenta” (polenta slice) is surely one of the most interesting buildings of the city.

The building is located in the neighbourhood of Vanchiglia and it was designed in 1840 by Alessandro Antonelli, the famous designer of the Mole Antonelliana. He had received the small building land as compensation for  his work, he tried to buy the near one but his neighbours did not want to sell it to him and so he decided that he would have built his palace in that small space.
It was more like a challenge or a bet for him, a bet that he surely won.

The building is composed by 9 floors, 2 of which are underground, linked by a spiral staircase. It has the shape of a trapezoid/triangle and it looks even more exceptional if we think about its dimensions (16mX5mX54cm). The name that people from Turin usually use to call this building (“polenta slice”) derives from its strange shape that reminds of an actual slice of polenta and because of its characteristic yellow colour. The actual bulding takes its name from Antonelli’s wife: Francesca Scaccabarozzi, with whom Antonelli lived in this building some years because no one wanted to live in it, fearing a collapse of that extremely unusual residence.

Legend has it that, once upon a time, there was a girl named Cristina, who was a seamstress and who lived in Turin at the end of the 1800s. Cristina had a boyfriend who was deeply in love with her and who always called her with the diminutive “Cri”. Every time the two lovers had a date, the guy used to go to a local bakery where he bought these delicious pralines covered in sugar.

The shop assistant working at the patisserie, who knew both of them and had seen their love blossom, knew how the boy used to call his lover, so every time he went there to buy the pralines she asked him: “Cri?” and he always answered with a smile full of love: “Cri!”.

The owner of the patisserie, who had witnessed this scene several times, in honour of these two young lovers decided to rebaptise his sweet pralines with the name of “Cri-Cri”, with the aim of reminding the simplicity and the carefreeness that should identify the love between two young lovers.